It's early in the morning and I haven't blogged in quite some time, so instead of perusing the latest ST argument or reading on facebook about how men shouldn't touch women a certain way on the bike I decided I would give my daring and intrepid web log readers a much needed update.  This one will not, unfortunately, be all encompassing as I have simply been too lazy a blogger and too much has happened that I cannot possibly cover everything in one early morning blog post.

As I said earlier, "it's early in the morning." Let me establish some context for that statement.

Here in Tucson (or rather, AZ and the SW in general right now) it gets pretty hot during the day.  When we first moved here Tucson was experiencing one of its hottest heat waves in years, peaking at 117ish degrees on a couple of days.  There's no other way to describe that temperature than "it's hot as s***."  It seriously feels like you're baking in a little toaster oven as you walk around or do anything outside.  That little toaster oven follows you around everywhere and is with you as soon as you step out the door of your air conditioned house from 9 or 10am all the way past 8-9pm at night.

As a consequence of that heat (but it's a DRY heat) everything you need to do that is outside related (i.e. bike and run, but also get the mail, drive anywhere in your car, take the trash to the can, go take a selfie by the mountains) needs to be done before 9 or 10am at the latest.  If one has a long workout to do then one must get his or her ass out of bed nice and early to be on the roads by 6am or so.

Because of that, the alarms in our household have been going off much earlier than I imagined they would when I pictured life in Tucson... I've not set as many 5am alarms in quite some time.  But, as a consequence, I've gotten to see some very pretty sunrises over the Catalinas as I head out on a bike ride or some other form of exercising. 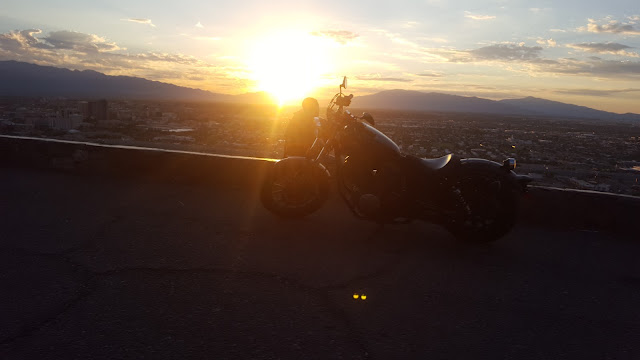 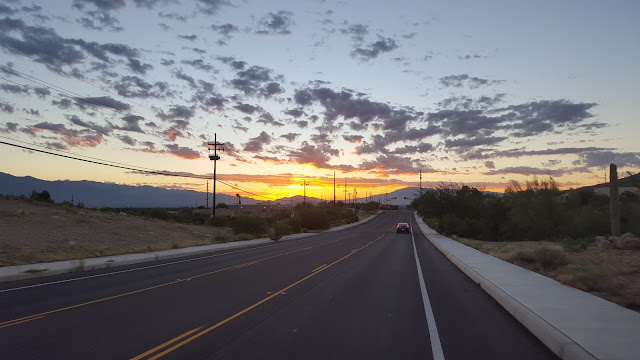 Posted by James Haycraft at 10:19 AM No comments: