Racing NOW vs Racing THEN

One of the "cool" things about having a blog for such a long time and writing in it with fairly regular and predictable frequency (in some ways, one could compare my blogging to the predictable drudgery yet equally predictable relief of a morning movement!) is that I have a reliable history when I want to look back and examine something.  If I am curious about how I felt about a race (or even during a race) I can go back and read that entry. If I am curious about how bored I was in the "off-season" I can go back and look at how many blogs I did from December - January and get an accurate representation of just how bored I was.


What I am using my blog for currently, however, is comparing my mindset when racing NOW versus when I first began triathlon back in 2009 (way back when).

For example, at White Lake 2 (as a sidenote, remember when there were two weekends of every race? Talk about quantity before quality!) that year I was signed up for my third triathlon ever and my second half ironman.  Most of my friends were doing the race and when most of your friends are pretty good triathletes you think that you yourself are a pretty good triathlete, purely by association (whether true or untrue).  A 4:30 sounded like a nice goal. I don't know why, but it sounded like a good number.

Maybe akin to the way people want to "bike an hour for a 40k" or "break 3 for a marathon" or "start a blog." It sounds a lot easier than it actually is.  Because saying something is pretty easy, relatively speaking.  Doing it is not.

At White Lake Half (2) I did or used a lot of things I have since forgone as I became more "experienced" and "wiser" (and, presumably, "faster"). I used HR quite insistently (I did not have a powermeter at the time, let alone two).  I took salt tabs (mainly because everybody did). I used mph as an indicator of effort.  The "custom coach" jerseys will all over the place (including on me) as this was before the days of teams in Charlotte.

So many things were different. I had no idea what I  was doing. It was awesome. I ended up with a 4:34 or so, I believe.  In hindsight I am surprised it was that "fast." Because I really was a complete newbie. Learning from others, using their methods, taking their advice, trusting their methods were at least tried and true, etc is a great way to get started and move towards attaining your own personal goals.

In 2010 I did a lot of the same: what everyone else was doing. I signed up for Louisville. I probably trained completely inappropriately for my actual fitness/ability levels and the year was a bit of a blur. I don't remember specifically a lot of the races I did but the big ones were NOLA and Louisville.  I think at NOLA I set a PR and was 2nd AG (25-29 back in those youngling days) but did not do Clearwater because I hoped to qualify for Kona at Louisville (obviously did not happen).  I COULD go and read the blog entries for that year, but I have a point to make.

I think I do, anyway. The point is somewhat vague and unclear.  I think I am trying to make the point, albeit in a very roundabout way, that I am really excited for next year and racing in the M30-34 category. It's been a really fun 3 years of racing as a "pro" (although I only did 5-7 pro races) but I never really got to have an AG "career." Most people that are kind of "adult pros" (i.e. they weren't on some development team or national level junior team or a D1 swimmer/runner or on the ITU track, etc) follow a somewhat predictable path. They race locally and get really good locally. They then branch out and basically win everything regionally. Once that's done they start to be relevant on the national scene. On the national scene they start winning their AG no matter the race. Then they turn pro. The time period for all of that is relatively unpredictable, obviously.

But take Jenny as an example (although she was a D1 swimmer so this is somewhat out of line with my statements above). Starts triathlon after swimming. Has some hits and misses.  Then, after a couple of years goes undefeated in North Carolina for more than two years. Competes in Kona (goes sub 11). Wins AG at various 70.3 races (plus top amateur).  Then, goes pro.

I never really did any of that. The races that were "supposed" to be that for me were Augusta in 2011 (I sucked), AG Nationals in 2011 (I was mediocre at best) and Beach 2 Battleship Half (I was mediocre).  So I didn't really get to prove (mostly to myself) that I SHOULD race as a pro, despite qualifying for my elite license that fall.

Sometimes I think people assume I have a blog because I have something to prove. For the record, that is not why I have a blog. It doesn't mean I am vain, or looking for social approval or some kind of "look at me" validation of what I am doing.  Just...for the record.

It was extremely cool to be associated with the real pros in our sport. To walk to a start line with a P on your calf and have the more casual triathletes (who don't - surprisingly - know who James Haycraft is) at races associate me with Michael Raelert, Starykowicz (the real one), Richie C, etc.  They don't know me or who I am or what kind of speed I actually have but because I am racking next to those guys (and gals) I must be similar, right? It's definitely a cool feeling. Having the cleanest courses, the first swim waves, the best rack positions, special considerations, etc was definitely nice.

But now it's back to the beginning.  Starting over, in a sense. Now I am competing against all 30 - 34 year old males.  I am excited about that. New Orleans 70.3 and IM Louisville are the two "big" races I have planned for next year (though I have not signed up for either).

It's time to go back to the roots of racing.
Posted by James Haycraft at 8:58 AM No comments:

How to find a coach

It's that time of the year where - if you are interested - it is time to be locking up a coaching prospect for the upcoming year of triathloning. In fact, at this point of the year, it's best if you've been talking to a couple of options.

What does a coach provide? That's a good question actually.

I remember back in 2010 (late 2010) when I was kind of on the "cusp" of a decision process. I had really wanted a coach for a while but hadn't yet found the right match between someone I wanted to coach me and someone that wanted to coach me.  I had really wanted _____ to coach me and had made repeated efforts to get him to do it but he didn't seem that eager to coach anybody (despite advertising his coaching services online) and I wasn't willing to pay $450/month (what was being advertised).  The desire to have accountability and an inherent trust in the process is what I WANTED.  I trusted ____ and his knowledge (for better or for worse), but the desire didn't go both ways.

So later that year I started "looking" on Slowtwitch (both in the coach database and browsing the forums).  I didn't really care that much in terms of location, to be honest. What I was looking for revolved more around "philosophy" and the way they expressed that philosophy. Basically, I wanted someone in whom I believed.

There were a couple of standouts initially. I would see a coach post and then check their previous posts in threads that seemed interesting and then go and peruse their written thoughts on the matter. I was looking for an alignment of goals. What I thought I wanted and what I felt was "right" lining up with what someone else thought was "right" and could help me get what I wanted. 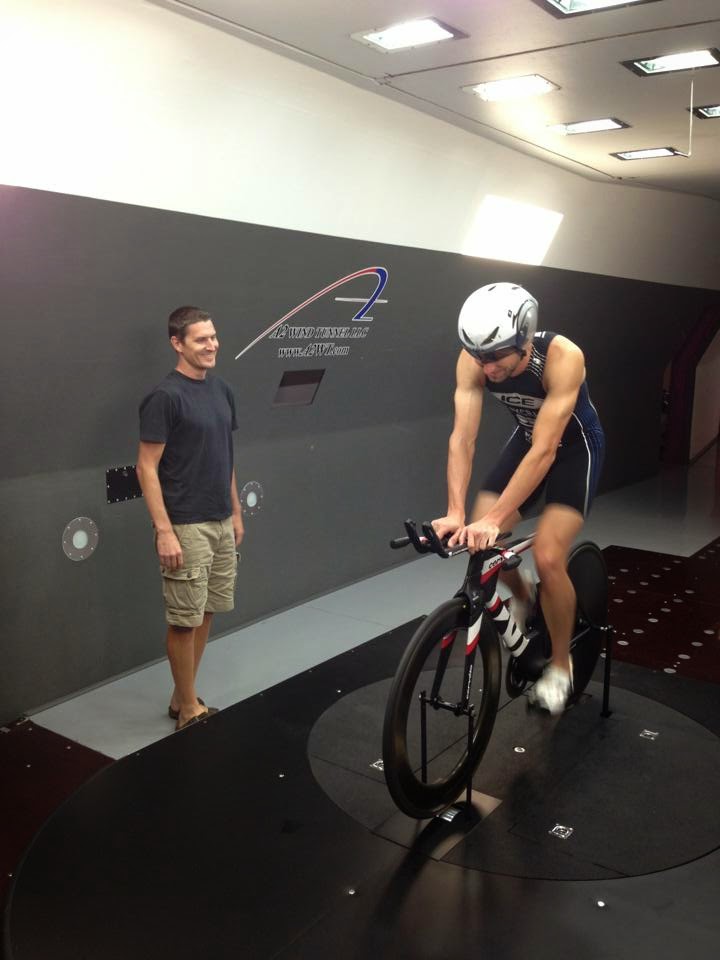 At the end of the day you can do most of the work yourself. If you are consistent, accountable, and reasonably smart and you progressively overload you can reach your goals pretty well yourself. A coach helps you eke out that last percentage.  You don't have to think about what workout you're going to do; it's already there and waiting on you.

After a bit of searching I had narrowed down my "decision" to two or three "candidates." So I shot off some emails explaining who I was, what I had accomplished to that point and where I wanted to be. I knew what I wanted, the question was going to be which answers I liked the best! In the end I started working with Brian Stover. Nobody outside of ST had really heard of him (in the questions like: do you have a coach? Yea. Who is he? Brian Stover from Tucson. Ohhh, ok...), but in the end that doesn't really matter. Brian is probably one of the best triathlon coaches in the US (non squad-style coaching).  That's not really debatable. It's a fact.

Each situation is unique and each person has their own sets of criteria. Time availability, responsibilities other than work, work schedule, travel schedule, etc etc. So it's important to express all of those things to the coaching possibility. What are YOUR goals? Not your friends' goals. Not your mom's goals, but YOUR goals. Do you want to sub 9 an Ironman? Do you want to finish your first IM? Do you want to learn to swim confidently and do your first sprint triathlon? There is a huge gamut of goals and personal achievements and having a coach who both understands and believes in all of those is an importance that cannot be overstated.

If your candidates are all local (vs national), talk to their other athletes. Do they personalize each athlete's training? Or do they cookie-cutter plans such that copy and pasting is the norm? Do they have restrictions on contact (i.e. 2 emails a week + 1 schedule change a month + 6 texts/week, etc) because that is not coaching. That is taking your money.

When you do decide on a coach, give constant feedback. A coach giving you workouts and you giving them nothing back is only half of the battle. Knowing how you are feeling, your emotions, your wants, your desires...wait what? Knowing what YOU are doing is important and informs what the coach will be doing.

Here is the scenario.

(as a sidenote, I really enjoy saying that word in the "British" method of pronunciation. Sinnnahhhhrio. Try it, really fun I promise. No seriously, do it)

What does a triathlete blog about when that triathlete is no longer in the triathlon season? It's like if automobiles suddenly didn't exist; what would Top Gear do???

(as a sidenote, Top Gear - the UK version specifically - is, quite possibly, one of the best shows in the history of television shows. Witty, sarcastic, dry, informative commentary about one of the world's greatest things: the car)


So I'm left with some options:

1) Blog about the off-season
2) Blog about something mundane (something ELSE mundane, I should say)
3) Blog about...umm..I'm out of options

So you, the reader, can pick a topic. We're going to have user-input blogging here at jameshaycraft.blogspot.com.

I think this is a first. Of course, that requires somebody actually clicks on the link, makes their way through the entire blog (I'm not sure how often that happens to be honest), and then offers input as a facebook comment. Or a blog comment. Potentially even a twitter response.